Clipless pedals are NOT the problem, the lies told to sell them are…

We’re all born being “cursed” in certain ways. While I know that you can make significant changes with some focused effort it still seems like some things are more of a struggle than others.

If you took that magical pedal stroke off the table and you knew from day 1 that you could pedal, bunny hop and maneuver your bike just as well on flats as you could on clipless pedals would you really feel as compelled to use them?

For me, well, among other things I can’t dance, I’m terrible at remembering names and I have this compulsion to call bull shit when I see it.

And it is this last “curse” that has landed me in so much trouble over the years.

I know this may shock some of you but I’ve actually been fired from jobs because I said something that was true but not politically correct.

I’ll just never understand why you wouldn’t want to just be honest about how things are.

For example, why do we keep pretending that new riders actually have freedom of choice when it comes to deciding between flats and clipless pedals?

Whenever I bring up flat pedals and how a lot of riders would benefit from some time on them I often hear from a clipless pedal backer with the “you just need to let people ride what they want to ride” argument.

And honestly, that would be fine with me…if the clipless pedal mafia wasn’t selling their wares based on myths and lies about the pedal stroke.

Think about it – if you’re told that you need clipless pedals so that you can pedal more efficiently by pulling up on the backstroke/ spinning circles/ keep even tension on the pedals and that this pedal stroke isn’t possible with flats then do you really have a choice but to use clipless pedals?

I mean, according to this argument it is literally impossible to pedal properly without clipless pedals.

How can this not give them a decided advantage in the decision making process for riders who trying to decide if flats or clipless pedals are best for them?

But the problem is that this picture of the pedal stroke is outdated and flat out wrong. You can not only pedal in the most efficient and powerful manner possible with flats but trying to pull up on the backstroke/ spin circles/ keep even tension on the pedals is a less powerful and efficient way to pedal.

In other words, there is no “magical” pedal stroke that is only available with clipless pedals.

And this makes it a lie.

The point is that I just find it incredibly unfair to continue to push clipless pedals on riders based on something that doesn’t exist. And if you ride clipless pedals for pedal stroke purposes then you need to reassess why you ride them because that reason simply isn’t valid.

If you took that magical pedal stroke off the table and you knew from day 1 that you could pedal, bunny hop and maneuver your bike just as well on flats as you could on clipless pedals would you really feel as compelled to use them?

I think that if a lot of riders were honest with themselves they would either say no or they wouldn’t have made the switch nearly as soon.

And there again is the problem – how can we say that we should just let riders choose for themselves when most riders are making that choice under the influence of a lie?

And on another level this lie is keeping new riders from trying or sport and driving riders away each year, making it harmful in a lot of different ways.

Again, clipless pedals have a place, it is just not on a new rider’s bike for the first 1-2 years or any riders bike 100% of the time. They are a piece of performance equipment that artificially strengthens the weak links in the foot – namely keeping you foot planted and the ability to pedal with less focus on pedaling under fatigue and stress.

This can result in improved performance but it comes from enhancing already good technique built and maintained on flats, not from giving you anything that flat pedals can’t from a pedal stroke perspective.

So the truth is that learning to ride for the first year or two on flats will build a solid technique foundation so if you do decide to use clipless pedals you’ll get more out of them. And while clipless pedals can increase performance in certain racing applications it isn’t a monumental improvement and they should never become a crutch for bad pedaling and skill technique.

Now, admitting that you were fooled isn’t easy for most people and this is where I’ll lose a lot of clipless pedal riders. Everyone has this image of themselves and being fooled by a lie usually isn’t part of it.

And when presented with info that contradicts this image the ego gets busy constructing excuses to either dismiss this new info or to find reasons to attack the messenger.

But we’ve all been fooled and making mistakes is actually a way to find the path towards improvement. Hell, I’ve been fooled so many times I’ve lost count.

From crappy training advice I found in muscle magazines to countless supplements, I’ve wasted so much time and money on these mistakes it makes me sick to think about it.

But I’ve also learned very valuable lessons about what not to do and that has led me to better, more productive ways to train and become a better rider.

If I didn’t admit that I had been fooled and moved on I’d still be blitzing and bombing my muscles and popping boron. This mindset has also helped me avoid being stuck in a bad relationship, job and countless other things but that is getting a bit off subject.

My point is that the truth doesn’t sell clipless pedals and the lie is more profitable. This puts the truth at odds with the cycling industry as a whole.

Clipless pedals and shoes are bread and butter money makers for them where as flats can last for years and they don’t cost nearly as much. 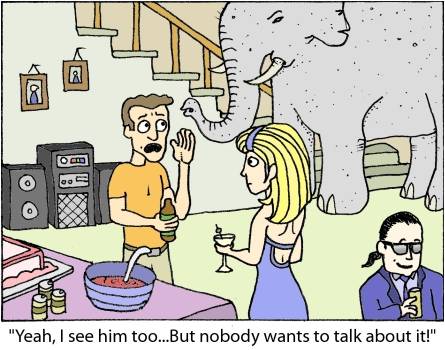 And so here we are, with an elephant in the room that is going to have to be dealt with eventually. I’d love to let riders choose for themselves what they wanted to ride but the truth is that until we can get past these myths and half-truths about the pedal stroke that simply won’t be possible.

Hopefully as more and more riders are exposed to the truth about flat pedals and more studies come out disproving the need to create power on the upstroke we’ll be able to simply let riders choose for themselves.

But that isn’t where we’re at today and as long as a new rider is being sold clipless pedals based on myths and half-truths then the members of the Flat Pedal Revolution will have to keep calling bull shit no matter how much hot water it lands us in.

So what do you think? Am I right or am I missing something? I’d love to hear your thoughts, please post a comment below sharing them.

And if you liked this post please help me spread the word to other riders who could benefit from the info by clicking one of the Like or Share buttons below.

13 thoughts on “Clipless pedals are NOT the problem, the lies told to sell them are…”