I’ve been into strength training for a long time.

While I remember doing some bench presses and curls with an old cement and plastic weight set my dad had when I was in grade school, I’ve been pretty serious about it since the early ‘90’s when I was in high school.

I desperately wanted to pack on some muscle so girls would notice me and so I was more than motivated. I would do whatever it took – I just needed to figure out what that was.

Back then there was no internet and I had to rely on a couple of magazines to keep me up to date and to tell me what to do. Every month I would start to check the magazine racks at the gas stations to see when the new issue of Muscle and Fitness or Flex was on the shelf.

I’d read everything in those magazines – most of it two or three times – and I would spend hours trying to design the best workout plan based on the advice I was getting.

I mean, all of this advice was from “the stars” and they were successful. Surely they would tell me the fastest way for me to succeed as well.

The only problem was that it was all a lie. 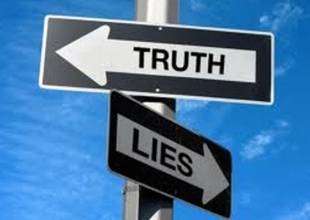 And it was in his interest to lie about how many steroids and other PEDs these bodybuilders were taking and what they were actually doing.

It seems silly now but back then Joe, the bodybuilders and everyone associated with the “sport” said that they were not on steroids and instead got that big on the back of cheap, worthless supplements.

They would also tell us that these guys built their bodies using routines and techniques that simply were not true. Or they would forget to mention that this workout was a specialized routine and not what they did most of the time.

This lead to a lot of confusion as well-meaning guys like myself blindly took these supplements and followed these routines, thinking that it was the thing to do. But I didn’t see very good results and I wasted a lot of time and money following industry created lies.

It wasn’t until the mid ‘90’s when the lies started to come out that I began to realize my mistake. All of a sudden it made sense – I was following routines that were either being done by guys on a lot of drugs or were flat out lies meant to impress fans and intimidate competitors.

This realization is what started me down the path that lead to where I’m at today, but that’s not my point.

My point is that I see a lot of similarities between Pro Bodybuilding in the early ‘90’s and Pro Cycling today.

And this leads to the same problems I was dealing with as a 16-year-old kid reading Muscle and Fitness.

Namely, you get the wrong message about what it really takes to be successful.

As a mountain biker, your success doesn’t lie in countless miles on a road bike, the latest gear or some wonder supplement.

No, your success comes from the grind of being consistent with the basics for a long period of time.

It comes from pursuing mastery and not always chasing the next new exercise or routine.

And it comes from learning how to work with your body instead of trying to force it to change.

But these things aren’t “sexy” and don’t sell magazines or generate clicks to a website. The industry wants you to feel like you need these other things, knowing that when you don’t see the results you are after that you’ll come back looking for something else.

Part of my goal with MTB Strength Training Systems and programs like the Ultimate MTB Workout Program is to act as the resource that I wish I had when I started riding – someone to cut through the BS and tell you what it really takes to improve on the trail.

So don’t make the same mistakes I did as a 16-year-old kid trying to put on some muscle so girls would talk to me. Remember that when you take out the PEDs, the endorsement deals and the egos you usually get a much different story about what it takes to be successful.