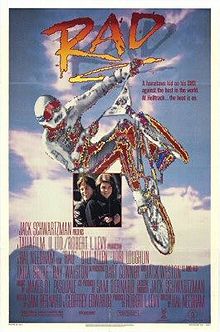 Like a lot of you I grew up riding a BMX bike. I never raced or anything but cruising around the neighborhood with my friends looking for things to jump off of sparked my love of riding, which eventually led me to mountain biking.

A few weeks ago I somehow came across the movie RAD while looking around online for something to watch.

If you haven’t seen it, RAD is THE movie that made a whole generation of kids want to ride BMX bikes. Following Cru Jones and his attempt to win Hell Track, I loved it so much I still own the VHS tape I had as a kid.

And if you haven’t seen it then you should stop right now and watch this YouTube clip. It is classic ‘80’s in every way and easily one of the best bike related movies ever made.

While watching the movie with my little girl I was struck by two things.

The first was how much fun they were having on their bikes. While the movie was about racing, all the riders could just have fun on their bikes as well. They were constantly pulling flat-land tricks and there is even a bike-dancing scene between Cru and his lady interest…but I won’t ruin too much of it for you.

The second thing I noticed was that everyone was on flat pedals. The movie actually featured some of the top pro BMX racers in the world at the time and every single one of them rode flats.

And what they rode in the movie reflected it. None of the races were on normal BMX tracks that we know today. Hell Track was a souped of version of where the BMX world thought racing was heading, which was more technical tracks and features.

And then it struck me…there was a time before clipless pedals ruled the cycling world.

A time when what we thought of as riding and racing wasn’t filtered through the omni-present threat of “what if I can’t get unclipped”.

Since clipless pedals became the norm in BMX racing you have seen something similar to what has been happening in the mountain biking world – a sanitization and dumbing down of the sport in some ways, all in the name of making it more accessible and safer for people.

In the BMX racing scene this has shown up most prominently as tracks with no flat turns. Contrast a modern track with some of the stuff being raced on in the 80’s and you see a lot of flat turns being used to challenge riders. While there are other factors as to why this is, a main reason for taking them out is due to the safety risks of people not being able to get unclipped in those turns.

In mountain biking you have the introduction of “flow trails” and local trails being sanitized with little or no real outcry from the other riders who are secretly glad to see that those features gone as well. Again, the reason given for these things is that “we’re just trying to make the sport more accessible” but the truth is that we need to provide people with places to ride where they won’t kill themselves when they can’t get unclipped.

But what the BMX world is finding out is something that the mountain biking world would do well to learn from…making flat pedals mandatory for some riders is actually improving safety and interest in the sport.

And this goes beyond just “new” riders. Last year you even had a gentlemen’s agreement among the pros in the Vet Class to race only on flat pedals so they can help make the sport accessible to more old dudes who would love to ride again but don’t want to deal with clipping in.

BTW, a couple guys broke the agreement and still lost to guys on flats. Anyways, back to my point…

While we can’t make them mandatory like they can in BMX racing, the mountain bike community can take a similar path.

If you really want to improve the accessibility of our sport – especially to kids and women – then we need to stop this insane insistence that you “need” clipless pedals and start promoting flat pedals to new and non-professional riders.

Instead of dumbing our sport down to grow it let’s make riding rad again and you’d see people flocking to it. 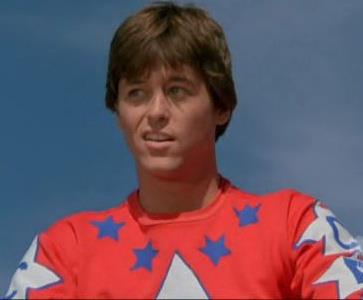 If we can get out of our own way we can have a fun, challenging sport with an influx of new, excited people to enjoy it.

In closing I’ll leave you with this – remember that adults know how to suck the fun out of everything. Riding was all about having fun when you were a kid but when you grew up some adult told you “Hey, you know that thing you did as a kid on flat pedals with no problems? Yeah, well, you had it all wrong…”

Let’s stop being that collective adult. Riding can and should be RAD…just ask Cru Jones.