A few weeks ago I received a mildly beat up 5-10 box in the mail, the kind that their shoes come in. I knew I had some shoes on the way so I thought there must be a pair in the box. I took it home and opened up, only to find a pair of shoes that looked like they had already had the soles worn out. I had never seen the design before but I slowly started to realize what I had in my hands.

I had heard about these new Freerider VXI shoes from the 5-10 rep Luke Hontz but I never thought I’d really get a chance to actually try them before they got into production. These new Freeriders had a significant new features – a new sole that had no tread pattern where your foot contacts the pedal. As it turned out, they completely changed the level of performance I thought possible from a flat pedal shoe. 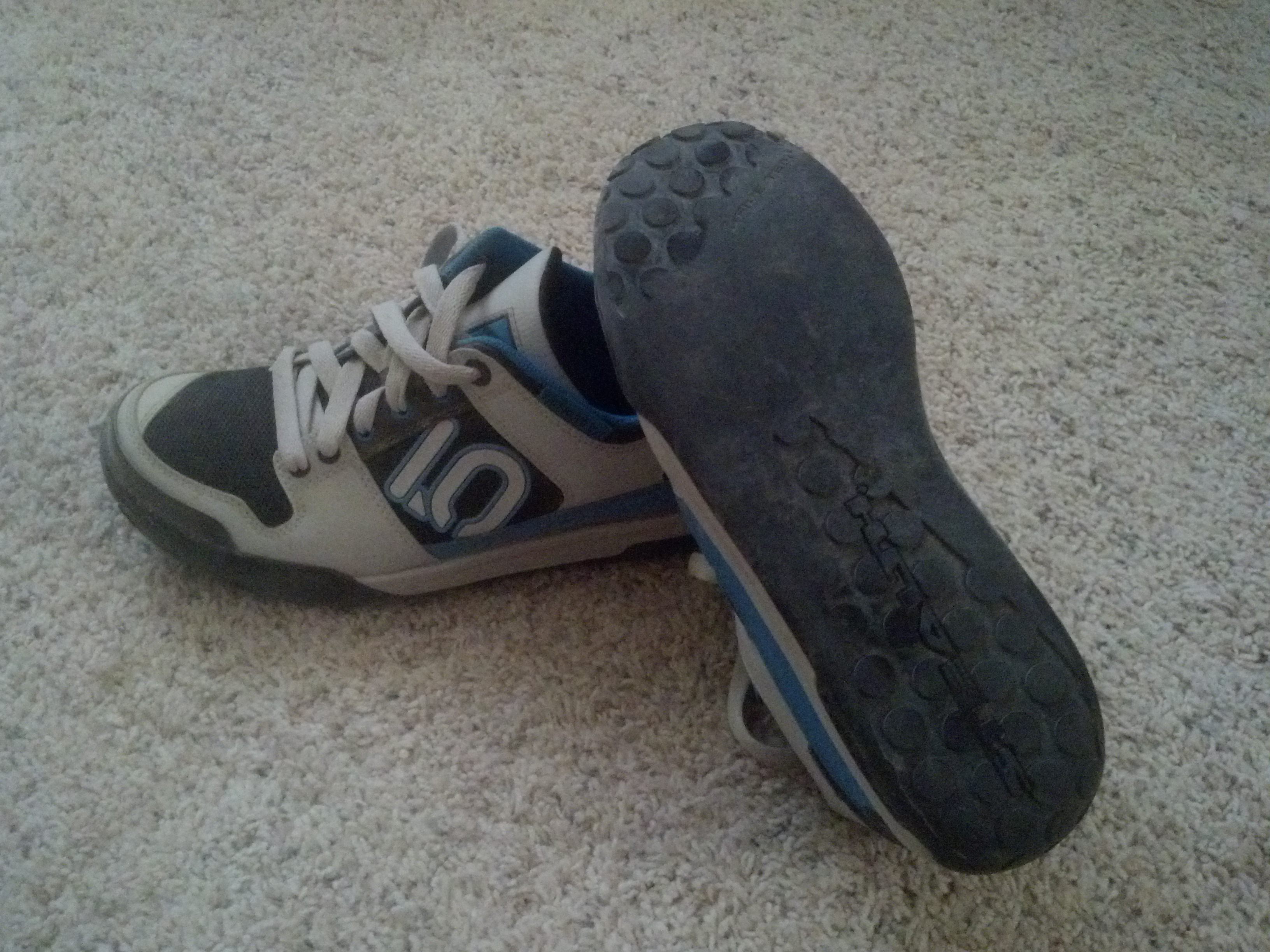 Your foot becomes noticeably more connected to the pedals because of this. The improved feel and stability at the pedal with this shoe is a bit surprising – while your feet won’t bounce off your pedals with regular 5-10’s, when you are railing down something particular nasty your feet can shift around a bit on the pedals. However, with this new sole pattern your feet simply don’t move in response to your bike plowing over rocks and roots. I’ve taken these shoes on the rockiest trail we have around here (and Grand Junction riding is known for it is the rocks) and could feel a definite difference in how connected my foot felt through the endless rock gardens.

I can only assume that this insight came from their background as a climbing shoe company since climbing shoes – which rely on friction to hold your feet in place like no other shoe – use a featureless sole. At first the new sole looks a bit weird and you wonder if you’ll be able to hike around in them without tread everywhere on the sole but that never became an issue for me. There is still tread on 60% or more of the sole and I never had any issues with traction when hiking around or pushing my bike on the trail.

I have been riding these shoes for the last 10+ rides and really feel that the changes 5-10 have made create a new level of performance in a flat pedal shoe. I still love my regular 5-10’s and would not have thought it possible to greatly improve upon them but it took about 5 minutes on these new shoes to realize they were on to something really big.

The plan is for the new sole to be released with the Freerider VXI I some time next year and while I wouldn’t advise not getting a pair of regular 5-10s if you need something before they are released, I’ll definitely be saving my pennies to make sure I could get a pair when they do.