Pics and Lessons from my trip to Crested Butte

This last weekend I did something I haven’t done for a while – I went on a mountain bike only trip. I can’t complain since I get to ride a lot but when I travel it is usually for some other reason and I cram a ride or two in when I can. This was 4 days of nothing to do but ride and it was awesome, providing me with some great riding and some valuable lessons.

I went to Crested Butte, which is a super popular riding spot in Colorado but one I had avoided for a few years. I traveled there when I was living in Texas (probably the last mountain bike riding trip I took) so I could put my new Demo 9 to the test. Little did I know that the “downhill course” they had was more of a Super D course and actually had short uphill pedals. I later found out that it was by far the worst downhill track in the state and because of that experience I had written it off.

However, over the last few years they have really stepped it up and built some great lift access courses to go with the breathtaking pedals that Crested Butte is famous for. I had a friend who was going with a group of his friends and they invited me along and so I decided to go.

The overall weekend was amazing and I put in two of the most epic pedals I’ve ever done. I’ve never climbed so much in my life but it was well worth it. Ripping mile after mile of 8-12 inch wide singletrack through the sunflowers and other wildflowers with huge mountain all around was the stuff of mountain biking legend.

The day we spent on the lift doing DH runs was great as well. They have 3 really fun courses, one of which is pretty freakin’ gnarly. It took a few runs to figure out what was around the next corner so I could carry speed where I needed it and scrub it where I didn’t but after 11 runs I knew the mountain pretty well. We actually packed up a bit early, grabbed out trail bikes and caught one last ride to the top to take advantage of one the multi-use trails that came down and fed us into another trail that looped us back to our cabin. Good times for sure…

And, being who I am, I took away some good lessons from the weekend:

– Intervals help you quickly acclimate to altitude. While I live at 4500”, that is no where near the 10,000”+ we did most of our pedaling at and I never felt super winded. I attribute that to the interval type cardio training I do – going super hard, giving yourself incomplete rest and then doing it again forces your body to learn how to deal with less oxygen and prepares your system for the demands of performing at altitude.

– Another thing about good training is that you can go on epic long rides without doing a lot of them beforehand. My average ride around here is 1-2 hours long and it has been over a year since I did a 4-5 hour epic pedal. However, I was able to pound out the longer rides over the weekend with little problem. Sure, I was tired at the end but I was not sore the next day and was able to put in 3 days of solid effort without needing a few days to recover.

– Clipless pedals and shoes are pretty overrated. The best lesson from the weekend was an unintended one. One of the riders in the group was by far the strongest pedaler and we had a discussion one morning about my thoughts on clipless pedals – namely that you don’t need them to be a great pedaler and that you can be practically as good without them as with them once you figure out the “barefoot pedal stroke”. Well, wouldn’t you know that he forgot his clipless pedal shoes at home the next day and was forced to ride with some Adidas “lounge shoes” with the laces removed.

He rode the biggest ride of the weekend on crappy shoes and his clipless pedals – and killed it. He was afraid that he was going to be holding everyone up but after about 45 minutes he had the whole “barefoot pedaling” thing down and was leading us up the climbs at the end. Just goes to show you – while they have their advantages, clipless pedals and shoes really are overrated. 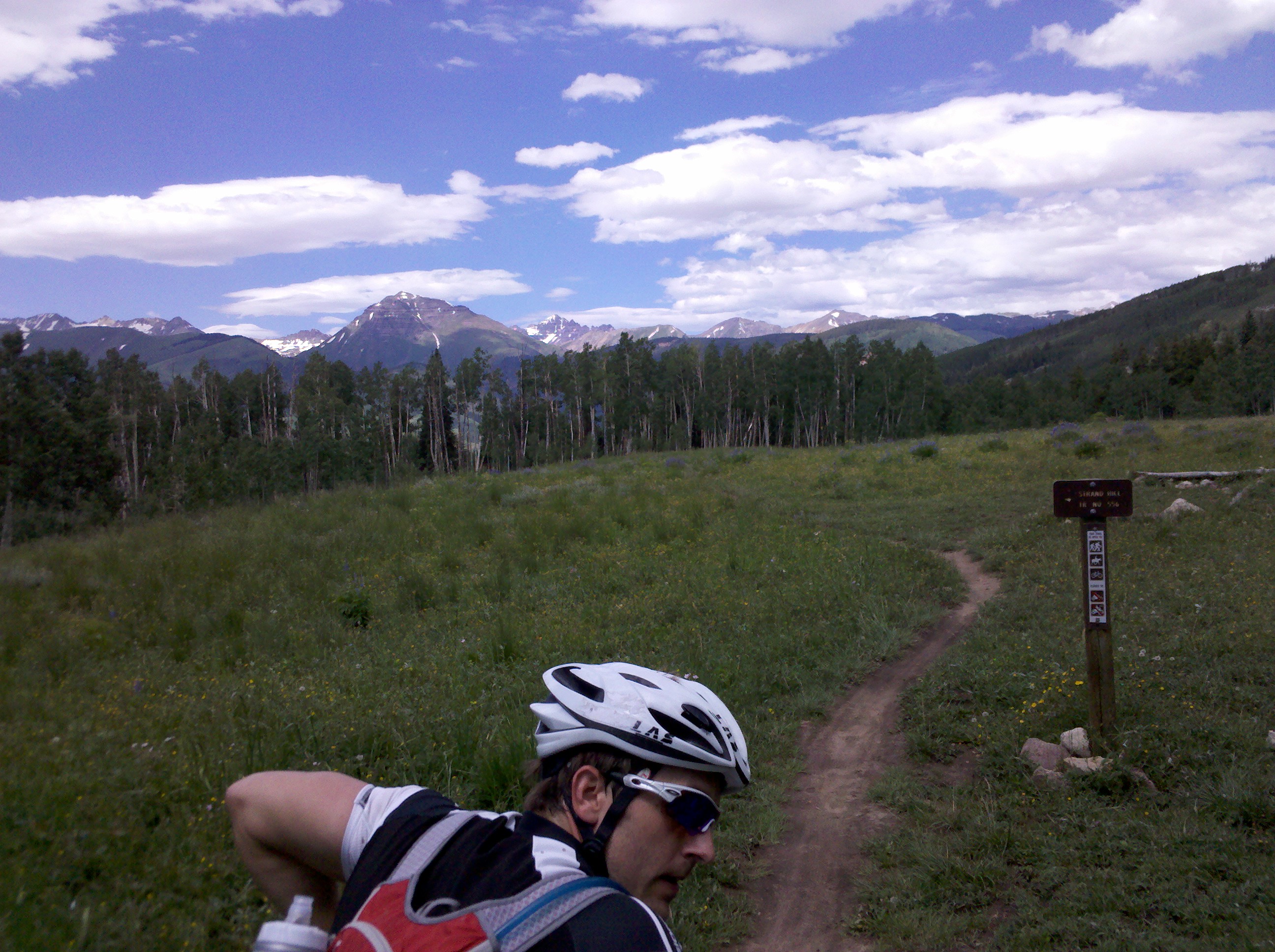 Well, that does it for my ride report from Crested Butte. I can’t recommend a trip there enough – if you want a little bit of everything that makes mountain biking great you can’t go wrong.

Here are some pics from the trip, enjoy!