Stuff I Found at InterBike: Things to help you get more out of riding and training.

Las Vegas is an interesting place. While it is a great place to visit, the truth is that when you don’t gamble and you don’t party like a rock star, it starts to lose its appeal. Yeah, I’m kind of boring like that but what am I going to do.

That’s why one of the only way you’ll get me to go to Vegas these days is for InterBike. If you don’t know, this is the big international bike party…er, show that takes place every year in lovely Las Vegas. It is a chance for people in the industry to meet up with each other and their retailers and party it up a little while checking out all the shiny new stuff coming out next year.

Which is why I tend to hang on the edges of the show and check out the cool stuff that doesn’t get all of the press. While all of the major bike industry players are there showing off the latest and greatest twists on what we’ve all seen before, there are a lot of booths set up by people in the fitness and nutrition industries as well. And it is at these booths that you see some pretty cool stuff and this year was no exception.

So here is my rundown of the stuff you probably didn’t see covered by too many other people but that I thought was pretty cool and/ or useful.

The Turbine – As much as they will hate this analogy, think of these like an internal Breathe Right Strip. However, they are much better at opening up the nose to help you breathe better. I’m a huge fan of breathing better, which was why I was interested in this product.

One cool feature is that you can adjust the size for each nostril, so if you are like me and have one big nose hole bigger than the other you can adjust for that. Getting it in was a bit interesting and something I’m sure I’d get better at with practice, right now putting things in my nose isn’t something I do every day. Once you got it in it is comfortable and you can tell the difference in how it opens up the nose to allow more air in.

The downside is that you do look like you have a cheap yellow nose ring in when you wear it and they don’t last forever. You can get a pack of 3 for $15 and each one lasts about 10 times. I’d like the idea and think that they would be great for race day and if you are having a “bad sinus day” but I’m not sure I’d use it every time I train. 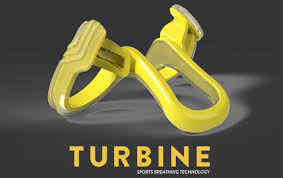 Cycling Innovations/ Miles Wide Industries – This is a company run by a dude who started out by hand making all of his products. I really liked him and his entrepreneurial spirit and thought he had some great products as well. He has a few things to choose from, including some really cool goggles the PanoWraps, a gear organizer called the Sticky Pod and mud flap called the Duck Flap. I bought a pair of the PanoWraps (don’t know them until you try them, they are crazy comfortable) and the Sticky Pod to help me keep my zip ties, cables and other “stuff” you through in your bag organized.

K’UL Chocolate – What, chocolate on the list of a fitness guy? When you are talking real, 70% cocoa chocolate then the answer is hell yeah! You’d be shocked at how low in sugar real chocolate is and in a room full of people trying to sell you sugar, it was nice to see a snack that is actually pretty good for you. K’UL has several flavors to choose from including one infused with caffeine – if you are into that sort of thing – and I’m definitely a customer.

Qore Performance – So this product gets the award for the biggest surprise of the show. When I first saw it I thought it was a bunch of crap but after checking it out I came away really impressed and looking forward to trying it myself.

The premise is that there are certain points on your body where lots of blood comes close to the surface and you use these points to let off heat when you are working hard. Qore Performance takes lightweight compression gear and puts cold packs in those spots so it speeds up that heat exchange, keeping you cooler at higher workloads and temperatures. It was designed for the military and it is relatively new on the consumer market but trust me, they have it dialed in.

The cold packs are indestructible and they are actually set to freeze at 57 degrees so they aren’t cold on your skin. They are cool but not uncomfortable in any way and I can see how they will help when it is hot. I’m going to be testing them out myself and will do a more extensive review when I do. 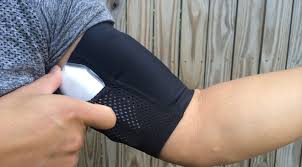 Assault Air Bike – This is the Schwinn Air Dyne bike done right for athletes. I love the Air Dyne and its wind resistance and had a couple in my facility. But I would cringe when some of my guys got on one of them for some intervals – it looked like it was going to shake apart. Plus it had no resistance at higher RPMs which made it tough to stand up and pedal, which is a vital part of conditioning for a mountain biker.

The Assault Air Bike solves all of these problems. I was very impressed with the construction and feel of the bike and could feel the harder gearing make me work harder in all the right ways. I could also stand up and pedal as hard as I wanted, moving it to the top of my “cardio equipment” list.

Marc Pro – Yes, this is one of those electric stimulation machines that you put pads on your muscles and they make them contract. But, these units have a setting that is much less intense than what you usually find (my #1 complaint about these things) and they aren’t promising you 6-Pack Abs while watching television from using it. They use it as a recovery tool and there is actually something to what they are saying. While I’m not going to get into the specifics of it all, this looks like a great tool to help speed recovery and as you all know, it isn’t how hard you work but how much you can recover that leads to results.

Oh, and I almost forgot about the coolest new company of all I came across there…

Pedaling Innovations – All right, I’m biased because this is my new company. For the past year I’ve been working on a new flat pedal design and I was in Vegas to pick up the production samples for them. I call them the Catalyst Pedal and while I will go into more detail soon, it is the best flat pedal on the market, period. 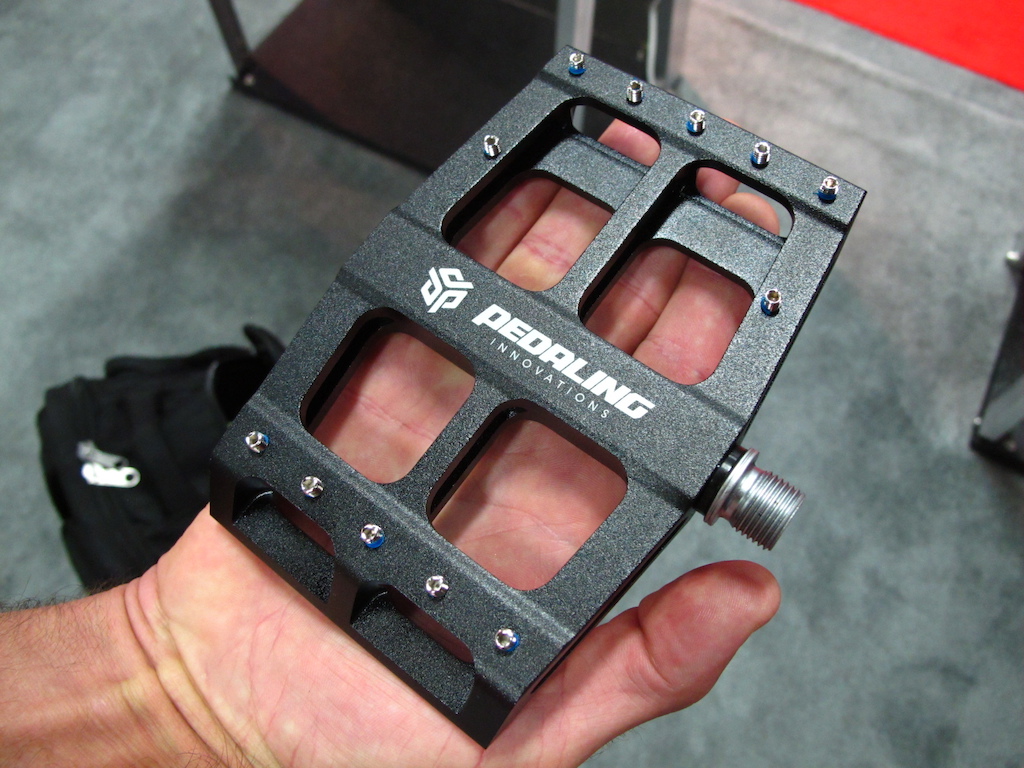 The 5 inches of contact space let you support both ends of your arch the way the ground does, which eliminates the flex in your foot and allows you to better recruit the hips when pedaling. This design lets you pedal with more power and it increases your stability and comfort.

I’ve been riding my prototypes for 8 months and can’t ride normal flats anymore. I’m really excited to bring this to the market because I know it will help so many riders improve their speed and confidence but before I can do that I actually need your help with the final design.

I still need to pick the colors I’m going to offer and how many pins to put on it (lots so you have options or just a set pin pattern) and I’d like to get your thoughts on it. In exchange for your help I’ll be picking 3 people to get a free set of the new pedals.

Keep an eye out on Friday when I’ll email you with the survey and some more info on the pedals. The website will be up and ready to go next week but you can check out the Facebook page and give it a Like, I’ll be posting new stuff and updates on it regularly as well.

So that sums up my trip to Vegas. No late night parties or crazy stories, just picking up my new pedals and checking out some cool stuff that might help you get more out of your training and riding. See, I told you that I really was that boring.