The Musashi and Yoda School of Mountain Bike Training

I talk a lot about the strength coaches that have influenced my career. Guys like Mike Boyle, Gray Cook, Alwyn Cosgrove, Ian King, Charles Polquin, Anthony DeLuglio, Charlie Francis and many others have really shaped how I view training and what kind of info I try to introduce you guys to through my blog.

However, there are two guys that have also had a big influence on me that I probably don’t mention enough. The first one is the author of The Book of the Five Rings. Written by Miyamoto Musashi it details his approach to training. In case you don’t know Musashi was one of the most famous Samurai in Japan’s history and is on record as killing over 60 men in battle and duels which was literally unheard of in his day. 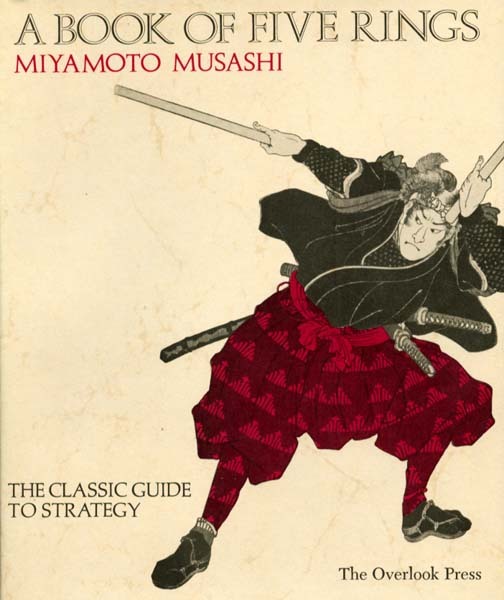 What the heck does a dead Samurai have to teach us about mountain bike training? A lot, really. I actually think his book is one of the best training books ever written. Having nothing to do with sets and reps (obviously) it instead delves into the mindset needed to be successful. Here are some of the things I think every rider should keep in mind…

“A warrior is fierce in battle because his training is fierce.” This statement sums up my training philosophy. If you want to ride harder and faster on the trail then you better train hard and fast. He talked several times in his book about how fighting (read riding for us) is simply an extension of training. While relative to your riding preference the message is simple – don’t train slow and neglect strength and then expect to be fast and strong when it counts.

While there are countless other lessons in this book that was one of the more profound training concepts I took from that book. I think that it is also important to point out that Musashi was considered a maverick and had developed his own fighting and training style that was completely different than the norm of the day. Never mind that he was undefeated in battle, his bucking of tradition and unorthodox style lead him to be a bit of an outcast in normal training circles.

Lastly, you may not realize it but one of the greatest strength coaches of all time was that little green dude Yoda. 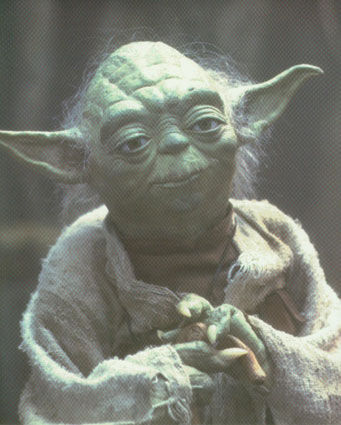 While he had a lot of great statements on training and life in the Star Wars movies, two stand above all the others…

“Do or do not, there is no try.” Seriously, have more profound words on training ever been spoken? Star Wars came out when I was a kid and I HATED when my dad would bust that out on me because there is no come back to it. Those eight words call you to the mat – you either did what you set out to do or you didn’t. Saying that you tried may comfort you in some way but does not really mean anything in the real world.

The second statement I have to set up – After Luke had unsuccessfully tried to float his X-Wing out of the swamp Yoda stepped in and pulled it off. Luke said that he did not believe it to which Yoda replied “That is why you failed…”

Dream big and believe you can pull it off. When I started MTB Strength Training Systems my dream was pretty simple – take over the mountain bike training world. It started out pretty slow (I literally had to beg people to try my programs and let me help them with training), hit a bunch of roadblocks (I’ve literally come close to dissolving this whole thing more than once and going back to concentrating on more lucrative segments of the fitness market) but the whole time I have believed in my heart that I have something important to accomplish and that I will get it done.

Today I’ve got over thousands of newsletter subscribers, a column in Decline Magazine and on Pinkebike.com, testimonials from top riders and coaches who have used my programs and several training programs used by riders all over the world. I don’t say this to brag but to inspire you to not let your brain tell your heart what to believe you are capable of. I have seen people smash through their own self imposed limitation time and time again in my facility for no other reason than I helped them truly believe they could.

I hope that this blog and MTB Strength Training Systems in general can help you believe that whatever riding goals you have set for yourself are not only possible but inevitable.

Well, there you have it. Some great training wisdom from some unconventional sources. If you have not read The Book of the Five Rings I can not recommend it enough and if you have not seen Star Wars, well, I’m not really sure what to say to that!